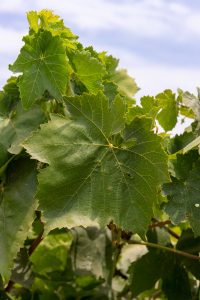 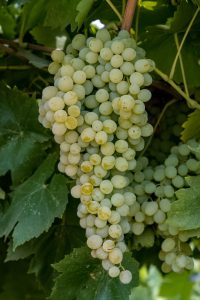 Thompson Seedless probably arose as a mutant shoot on a seeded vine (Ledbetter and Ramming, 1989) which was thereafter propagated asexually from cuttings. Its geographic origin is most likely Persia in Asia Minor, an area now divided between Iran and Turkey (Christensen, 2000a). The variety’s most widely accepted synonym in the international literature is ‘Sultanina,’ but it became widely known as Thompson Seedless after it was imported into California in 1872 by William Thompson (Christensen, 2000).

California growers soon realized that Thompson Seedless was a superior raisin grape, but it did not supersede Muscat of Alexandria until 1922, partly because prohibition had eliminated wine as a potential alternative market for Muscat of Alexandria (Quaschnick, 2002). Since then, Thompson Seedless has retained its status as the dominant raisin variety in California, accounting for most of the raisin-type grapes in California (Fidelibus, 2014). However, a combination of technological advances and economic/social changes now favor the adoption of mechanized raisin-making practices which, in California’s climate, require varieties that ripen earlier than Thompson Seedless. Therefore, Thompson Seedless is not being planted in most new raisin vineyards. There are also better table grape varieties available, and it has been largely replaced by other varieties for wine and concentrate. Therefore, the area planted to Thompson Seedless, while still very considerable, has been steadily declining for decades.

Seedlessness in many newer table grape and raisin varieties comes from Thompson Seedless and related genotypes (Ledbetter and Ramming, 1989). Thompson Seedless grapes have a type of seedlessness known as stenospermocarpic seed abortion (Royo et al., 2018). At least one ovule in each berry is fertilized and embryo development takes place, but the seed coat fails to lignify, the endosperm degenerates, and overall seed development is prematurely aborted (Royo et al., 2018).

Thompson Seedless is a vigorous variety and usually head-trained and cane-pruned, due to its low basal bud fertility (Cathline et al., 2020). Shoots tend to be long and straight, with medium to long internodes. Leaf blades are large, medium green, glossy on the upper surface, having a rounded shape, tending to have three lobes. In California raisin vineyards, growers typically leave 4 to 8 canes of 12 to 15 nodes each (Christensen, 2000a). Alternately, Thompson Seedless can be cordon trained and pruned to long (5-node) spurs, and machine-pruning is also possible by hedging to about 12” in all directions (Christensen, 2000a). Thompson Seedless is moderately susceptible to powdery mildew, esca, and Pierce’s disease, and its own roots have some tolerance to root-knot nematodes. However, grafting onto nematode-resistant rootstocks is recommended in vineyards with sandy soils or a history of nematode problems, especially when replanting following grapes.

Thompson Seedless is mainly grown for raisins to be dried on trays. Trellis and vineyard design considerations for tray-drying have been described in the Raisin Production Manual (Christensen, 2000b). Tray drying limits trellis size and row spacing, to allow for sufficient sunlit area between rows for trays of drying fruit. These constraints, in turn, limit raisin yield in tray dried vineyards; the industry average is about 2 tons/acre. Growers sending their fruit to a dehydrator may use larger trellises, or narrower row spacing, potentially increasing yields, but possibly preventing tray drying if the fruit cannot be taken to a dehydrator. Thompson Seedless ripens too late to DOV in California.

Thompson Seedless raisins set the international standard for seedless raisins (Petrucci, 2002). Natural raisins are medium in size (0.4 to 0.6 grams), bluish dark brown in color, and have medium wrinkles. Seed traces are small. Grapes dried in a dehydrator will have a lighter color, especially if treated with sulfur dioxide.