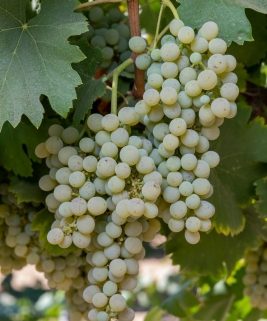 Fiano, an ancient variety from Campania, in southern Italy, “may well be Italy’s greatest native white grape” (D’Agata, 2014). It is versatile and fit for a variety of wine styles, “from light to full-bodied, dry to sweet, easygoing to very ageworth” (D’Agata, 2014). Fiano’s origin in southern Italy, and its reputation for producing high quality fruit and wine, contributed to its selection for a warm-climate wine grape variety trial at the UC Kearney Agricultural Center, in Parlier, California, which has a hot (Winkler region V) climate. In Parlier, Fiano produced moderate yields of fruit from which excellent quality white wines were consistently produced. Desirable traits included the retention of good acidity, and excellent flavor. Currently (2021) there are four selections available at Foundation Plant Services, although two of the four were selected from the same vineyard in Hopland, CA. The selection tested in the San Joaquin Valley was FPS 03. 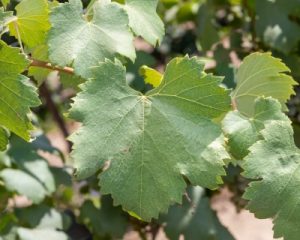 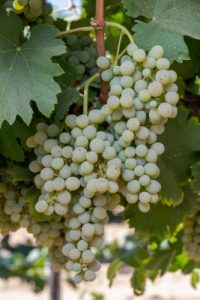 Fiano is an ancient variety from southern Italy and is believed to have been named after Appia near Avellino, where the variety is believed to have originated (Robinson et al., 2012). Ampellographic and genetic studies have shown that Fiano and Fiano di Avellino cultivated in Campania are different from Fiano Aromatico cultivated in Puglia. To avoid confusion, it has been proposed to rename Fiano Aromatico to Minutolo.

Fiano was widespread before the arrival of phylloxera, in the early 20th century, but after that its cultivation was drastically reduced (Robinson et al., 2012), and the variety was nearly lost to history. By the early 1940s, there were only a handful of vines in Campania, the fruit of which was mainly used for local wine blends (D’Agata, 2014). Antonio Mastroberardino recognized and began promoting the value of Fiano in the mid 1940s. His support steadily increased the interest in and knowledge of this variety.

Fiano FPS 03 has moderate to high vigor. Clusters are pyramidal, small to moderate in size, with oval-shaped berries having yellow-green skin that develop brown spots when ripe (D’Agata, 2014) (see Figures 1 and 2). It is sensitive to powdery and downy mildew, especially during bloom.

In the San Joaquin Valley, vines pruned to two-bud spurs averaged approximately 58 clusters/vine (Table 1). Clusters were small to medium in size (0.20 kg), loose to compact, with oval-shaped berries averaging 1.2 g. At the vine spacing used in the trial, yield was estimated to be equivalent to tons/acre.

As suggested earlier, Fiano is adaptable to a variety of wine styles and capable of making steely-mineral, or decadently lush and rich wines (D’Agata, 2014). Robinson et al. (2012) describes Fiano as “rich, waxy, and strongly flavored”. Typical aromas include hazelnut, green apple, pear, and honey. Robinson (2012) noted that Fiano has been planted by Australian growers looking for heat tolerant varieties. Wine made from Fiano FPS 03 grapes grown at the Kearney Agricultural Center in Parlier, California, consistently had good acidity and flavor and were well accepted by tasters.